September 2019 marks the eightieth anniversary of the outbreak of the Second World War, and this archive display marks the occasion by highlighting the work of Ellen Ettlinger (née Rathenau) (1902–1994), a Jewish folklorist who was forced to flee Germany in 1938 due to persecution by the Nazi regime, and who settled in Oxford.

A number of academics fled persecution and arrived in Oxford during this period. Many of them were supported by the Society for the Protection of Science and Learning. One of these scientists, an anthropologist called Dr Heinrich Meinhard, worked at the Pitt Rivers Museum from 1938 to 1947.

Ellen Ettlinger was born into a wealthy family which had set up the large electronics firm Allgemeine Elektricitäts-Gesellschaft (AEG); yet although members of the family were notable both as industrialists and politicians, they increasingly fell foul of right-wing persecution due to being Jewish.

Ettlinger travelled widely in Europe in the 1920s and 1930s, as her journals on display here show. In 1938 she travelled through Italy at the time when Hitler visited Mussolini, and she gives a vivid eyewitness account, writing: ‘You notice the propaganda and you get annoyed. Rich decoration and troops of soldiers remind of Hitler’s return journey. Behind Trento, two country houses show big signs with Heil Hitler.’

Ettlinger’s 1938 journal ends abruptly with the following passage that shows how suddenly her decision to flee Germany must have been taken, and how emotional it was: ‘In Genoa, passport control was very noticeable to me. Full of gloomy premonitions and a heavy heart, we started our journey home. Return to Paulfisch on 1 June. On 17 June emigrated to England. These seventeen days were heartbreaking.’

Typing up this journal a few years later, she added: ‘The first 4¾ years in England were so hard that I did not dare to read or write down my notes. Now, in February 1943, the victories of the Russians and the Eighth Army in Africa give me hope for better fortune.’

During her time in Oxford, Ellen Ettlinger was an active member of the Folklore Society, and helped found a local branch in 1949, the Oxfordshire and District Folklore Society. She gave talks about her research on amulets and church traditions, among other topics, and researched material culture such as costume and local folklore. She also travelled to Ireland, visiting the Aran Islands in 1949 where she took a number of photographs and spoke to local people about craft and folklore.

Ettlinger published a number of articles on Irish and English folklore over the years, but her tremendous contribution was equally one of organising local folklore society meetings, serving as vice-chair for most if its existence (1950s and 1960s), and preparing many reports on ‘Monuments of Folklore in Oxfordshire’ for its Annual Record.

Displayed in the case is a selection from Ettlinger’s own research records, organised according to place and category, which she donated in the mid-1960s and that are archived at the Pitt Rivers. The overall collection contains around six hundred photographs relating to English, Irish and continental European folk-customs and arts.

Page from one of Ellen Ettlinger’s diaries, covering visits made in 1935 to Venice and Egypt. This page shows how she interspersed her daily entries with photographs taken or purchased during her travels. (Copyright Pitt Rivers Museum, University of Oxford. Ettlinger Papers, Box 2, Item 5, fol.25v.)

Page from one of Ellen Ettlinger’s four handwritten diaries, this entry of 6 April 1931 describing a first visit to Oxford, when she stayed at the Mitre Hotel and saw the city’s sights following an edition of the Baedeker guide. (Copyright Pitt Rivers Museum, University of Oxford. Ettlinger Papers, Box 1, Item 4, p.47.)

COSTUMES, Ireland, Kinsale, Co. Cork. ‘The lovely gowns with hoods for head are handed down from mother to daughter for generations – mostly seen in West Co. Cork. It is a lovely sight to see the women coming from Mass.’ Photograph (and comment) by Thomas H. Mason. Kinsale, County Cork, Ireland. Undated. (Copyright Pitt Rivers Museum, University of Oxford. Accession Number: 1965.5.1.143)

HOLY WELLS. St. Patrick’s Well, Stepaside, Co. Dublin. ‘Only 6 miles from centre of Dublin city.’ Photograph (and comment) by Thomas H. Mason. Stepaside, County Dublin, Ireland. Undated. Ellen Ettlinger has noted: ‘I visited this Holy well in 1950. It was then amidst a modern suburb, on the side of a road. The ugly figure of the saint was still there.’ (Copyright Pitt Rivers Museum, University of Oxford. Accession Number: 1965.5.1.588) 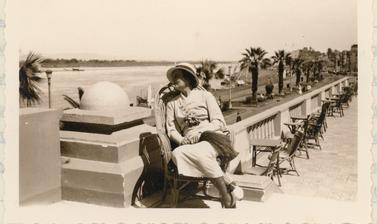 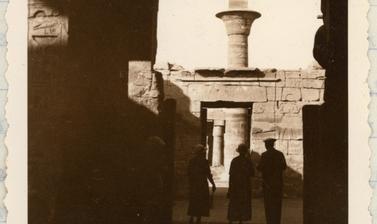 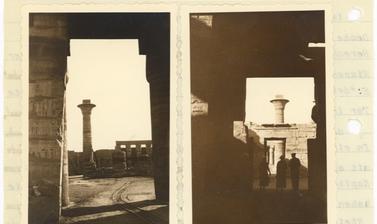 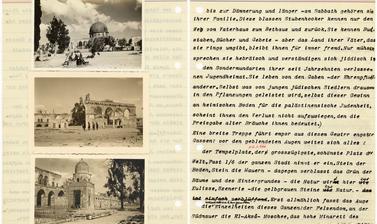 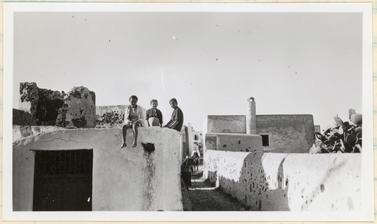 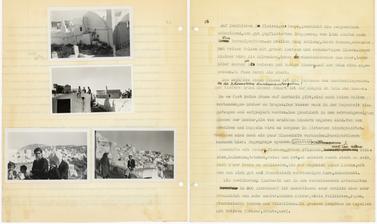 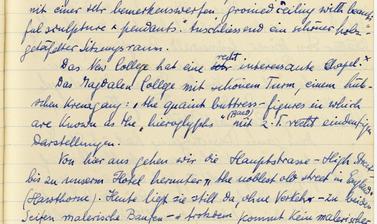 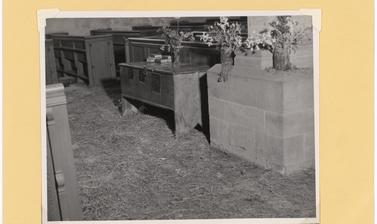 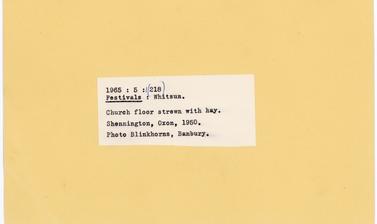 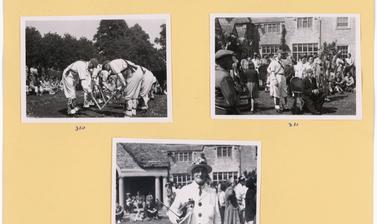 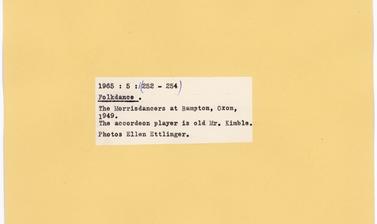 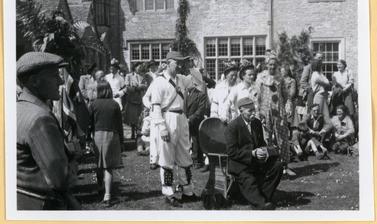 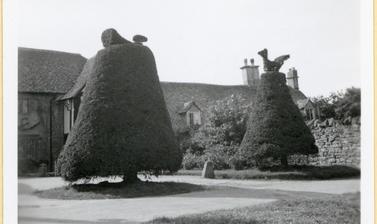 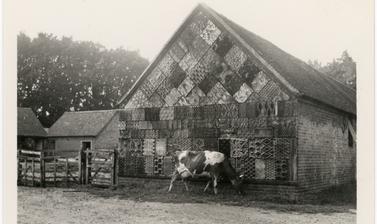 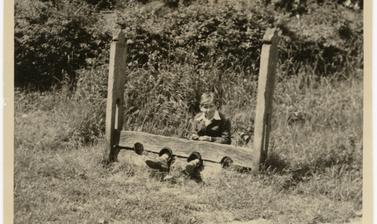 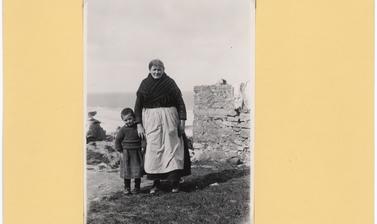 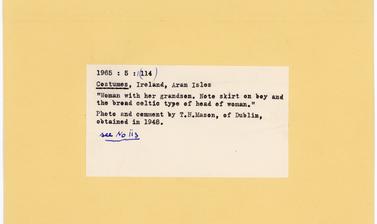 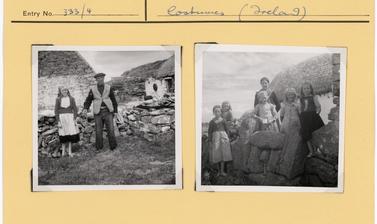 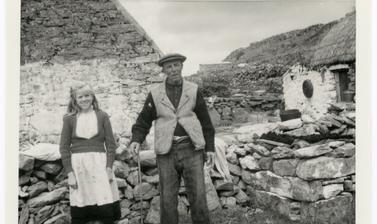 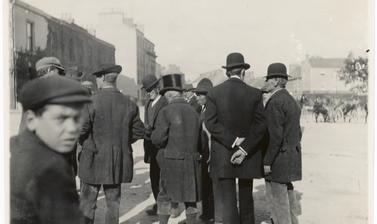 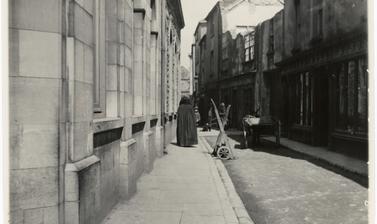 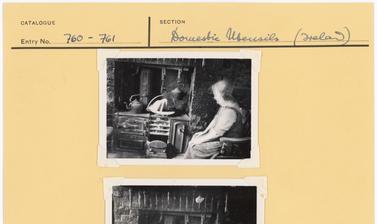 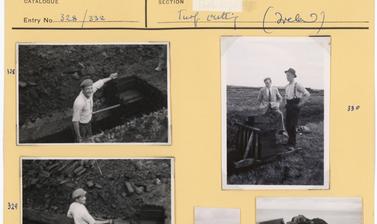 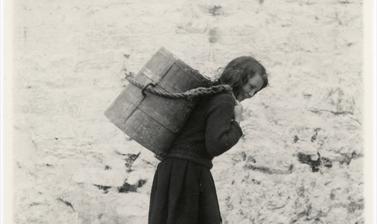 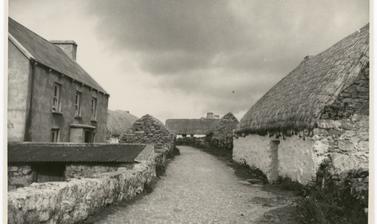 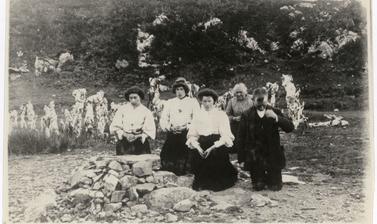 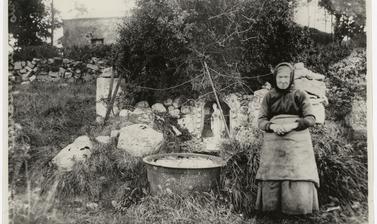 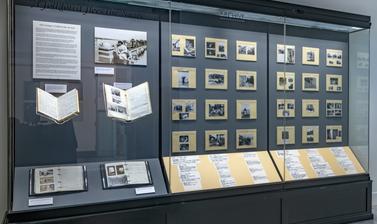 The Pitt Rivers Museum’s exhibition Ellen Ettlinger: A Folklorist Flees the Nazis is part of the Insiders/Outsiders festival, celebrating refugees from Nazi Europe and their contribution to British culture.