Photographs of Central Asia and the Middle East by Sheila Paine

This exhibition presents a selection of photographs taken by textile expert Sheila Paine during travels in Central Asia and the Middle East in the late 1980s and through the 1990s. The images have been chosen both to demonstrate the extent of Paine’s travelling, which culminated in books on embroidery and other subjects, and to reveal her eye for colours and textures also evident elsewhere in her research. Photographs of Central Asia were taken in Afghanistan, Pakistan, Turkmenistan and the trading city of Kashgar in western China. Scenes from the Middle East include Egypt, Iran, Iraq, Turkey and, in particular, Yemen. A video screen shows highlights of a travel documentary presented by Sheila Paine in Yemen, originally broadcast in 1996.

The cool blues, dusty taupes and golden hues pictured here record the traveller’s movement through different landscapes, and are punctuated with auspicious red and pink tassels and threads, woven motifs, hats, masks and spices. Decorative tilework and architectural façades also feature, reflecting Paine’s interest in pattern and colour, as exemplified in her illustrated volume Embroidered Textiles: A World Guide to Traditional Patterns (1990, revised and expanded in 2008).

The photographs have been taken from assorted vantage points, sometimes from the top of a bus while travelling between towns, at other times as more intimate portraits of people encountered. Clothing depicted ranges from plain felted cloaks to elaborately embroidered Turkmen tunics. Other photographs show the material processes behind different types of textile, from spinning wool and winding silver thread, to the manufacture of fur hats and pompom horse-trappings.

The social significance of embroidery has been central to Sheila Paine’s research. This has included seeking out and photographing makers, tracking how textiles and designs migrate across distances, and understanding the meaning, especially protective amuletic functions, applied to many of the motifs. Her published travel trilogy – comprising The Afghan Amulet (1994), The Golden Horde (1997) and The Linen Goddess (2003) – was written about the journeys featured in this exhibition’s photographs, and documents her search for the origins of a triangular amuletic motif that takes her from the Hindu Kush to North Africa. Her interest in the power of such symbols and wearable talismans also resulted in the 2004 book Amulets: A World of Secret Powers, Charms and Magic. Travelling extensively since the mid-1980s, Paine acquired numerous textiles and amulets in the course of this work, many of which are now held in the Pitt Rivers Museum, alongside her collection of over three thousand photographs generously donated since 2012.

A hat-maker’s shop in Kashgar, with various local styles of hat being offered for sale, and hat-moulds stacked on a bed-frame in the foreground. Photograph by Sheila Paine. Kashgar, Xinjiang, China. 1994. (Copyright Pitt Rivers Museum, University of Oxford. Accession Number: 2012.4.344.1)

Sheila Paine with a group of mujahideen in northern Afghanistan. Around her neck she is wearing a triangular embroidered amulet, central motif of her book The Afghan Amulet. (Copyright Pitt Rivers Museum, University of Oxford. Accession Number: 2016.4.57) 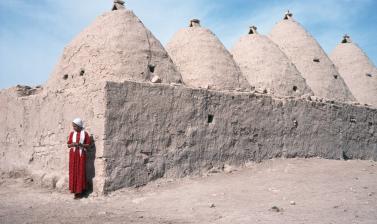 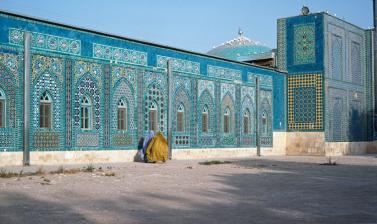 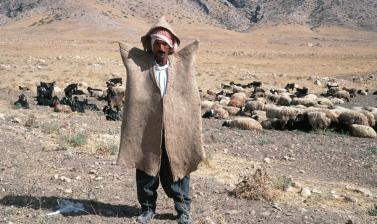 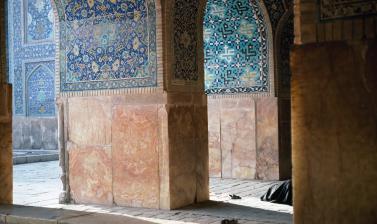 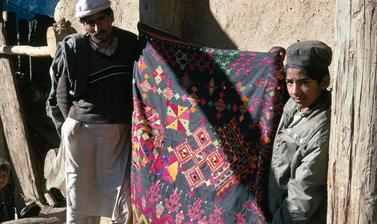 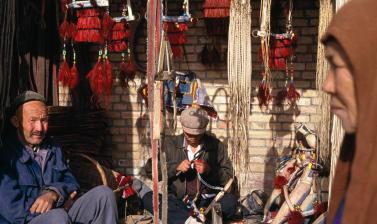 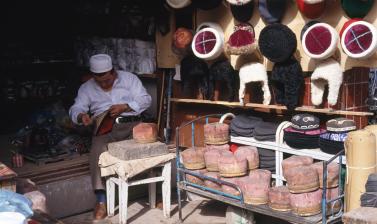 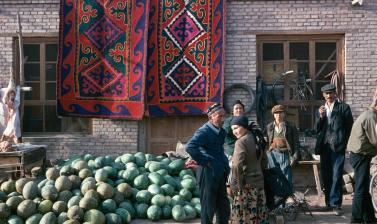 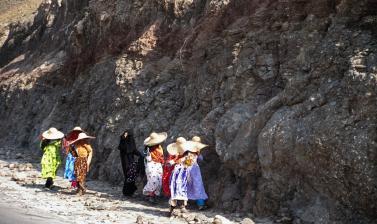 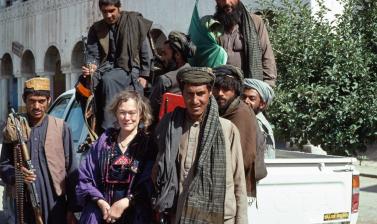 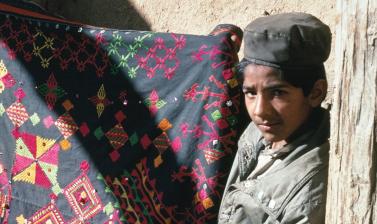 Sheila Paine in Yemen from Pitt Rivers Museum on Vimeo.