Lande: The Calais ‘Jungle’ and Beyond

The exhibition reassembles material and visual culture that survives from the ‘Jungle’ as it existed at Calais from March 2015 to the demolitions of 2016. It does so in order to make visible the landscape of ‘borderwork’ at Calais. These range from photographs and artworks made by displaced people and undocumented children to images made by activists and artists, and from the Calais cross salvaged from the Orthodox Church at the ‘Jungle’ to a fragment of border fencing. The exhibition includes a new commission, برد خواهد را ما باد (‘The Wind Will Take Us Away’), by Majid Adin.

Everything on display is on temporary loan from displaced people, activists and volunteers who lived and worked at the ‘Jungle’ three years ago. Through these loans our hope is to create some small duration for ephemeral things, artworks and images that have been kept, each object bearing witness to human precarity, resistance, creativity, and hope.

Lande was the controversial, euphemistic name used by French authorities for the site of this ‘tolerated’ encampment on the eastern margins of Calais. The French word ‘lande’ means ‘heath’: it referred to the marginal physical geography of sandy outlands, a contaminated former landfill site.

By summer 2016, ten thousand displaced people lived at this place, better known as the ‘Jungle de Calais’. The term ‘Jungle’ has been used for many different large and smaller encampments in Pas-de-Calais over the past two decades. Today some two thousand displaced people still live in ‘micro-jungles’ in the Calais landscape. Cycles of demolitions and encampments are intensifying.

Part of the story begins with the relocation of UK border controls to Calais under the Sangatte Protocol at the Channel Tunnel terminal at Coquelles (opened 1994), and then at the Port of Calais under the Le Touquet Protocol (2003). While Europe’s Schengen Area removed many official border controls, Calais became for those seeking to claim asylum in Britain a place from which to make an irregular crossing.

Our national borders and anthropology museums are both Victorian technologies of classification. They were designed to forge differences between people. But both are also unfinished and open-ended (post)colonial enterprises. Our exhibit attends to the new experimental regimes of state borderwork at Calais. It simultaneously experiments with the ethnographic museum, using the lens of ‘contemporary archaeology’ to make visible untold stories. Reassembling images, objects, environments and words from the near-past, it bears witness to the ongoing human experiences of displaced people at the UK national border at Calais.

Through four themes – Environmental Hostility, Temporal Violence, Visual Politics, and Giving Time – we hope, by displaying some of what survives from the undocumented present, to create a space for new dialogues around the ongoing situation at Calais.

Any loan brings obligations, but each of these also reveals a debt to those who are classified as ‘other’ at places like borders or museums. Our hope in this exhibition is to make the space and time to foreground human relationships – from within the Pitt Rivers as an institution that has been so often concerned with the timeless representation of others. Displaying artefacts and images from the most recent past, we hope to create a provisional time and place in which to think about our contemporary world.

‘The Wind Will Take Us Away’ (Farsi: برد خواهد را ما باد), a newly commissioned artwork by Majid Adin. 2019. Majid is one of the exhibition’s co-curators, and lived at the Calais ‘Jungle’ for five months before claiming asylum in the UK. (Copyright Majid Adin)

The ‘Calais Cross’, salvaged from the Orthodox Church of St Michael at the ‘Jungle’, on loan from the Bishop of Bangor. (Copyright Pitt Rivers Museum, University of Oxford)

One of the 291 ‘Paper People’ installed across the ‘Jungle’ in March 2016 to represent the same number of unaccomapanied children in the camp. Salvaged by and on loan from Sue Partridge. (Copyright Pitt Rivers Museum, University of Oxford) 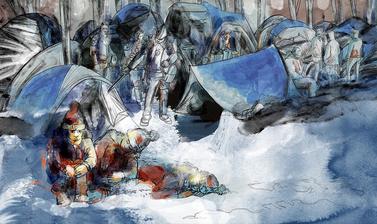 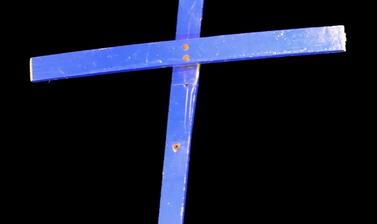 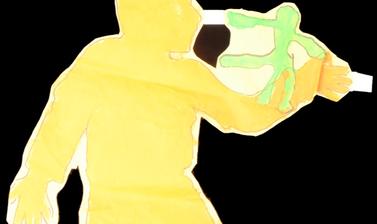 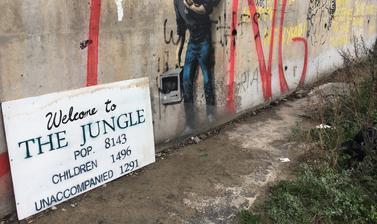 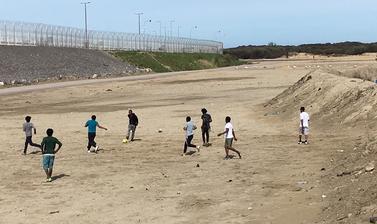 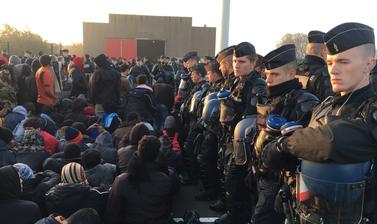 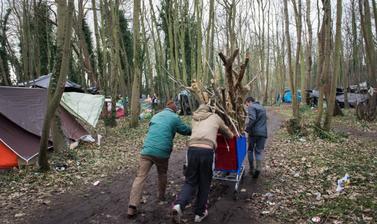 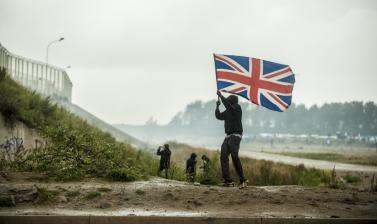 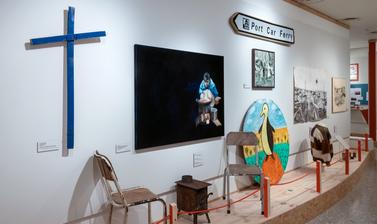 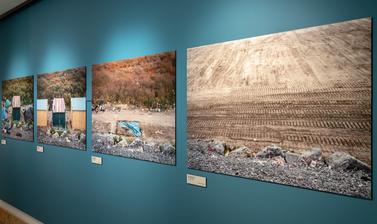 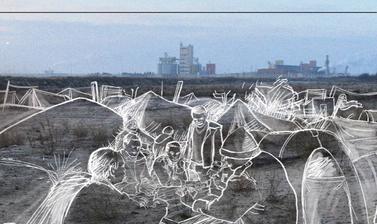 A new book has been published to accompany the Pitt Rivers Museum’s exhibition: Dan Hicks and Sarah Mallet, Lande: The Calais ‘Jungle’ and Beyond (Bristol: Bristol University Press, 2019). You can order the book online here (Bristol University Press), or buy it in person from the Pitt Rivers Museum Shop. The book Lande: The Calais ‘Jungle’ and Beyond is freely available to read online via here (Open Access under CC-BY-NC licence) or below.