This exhibition presents a selection of material from the Pitt Rivers Museum’s R. G. Woodthorpe collection, much of which has never before been on public view. The display case contains writings, sketched and photographic images, and objects produced and collected in the Naga Hills region of northeast India during the 1870s. These diverse items offer an insight into how British colonial officials understood and represented their interactions with ‘frontier tribes’, as they termed the inhabitants of the Naga Hills and other upland areas on India’s fringes.

The creator or collector of the items on display was Robert Gosset Woodthorpe (1844–1898), a British army officer in the Royal Engineers. He took a posting to India in 1869 and from 1871 worked for the Survey of India, engaged primarily in mapping frontier regions of Britain’s empire. Along with stints in the Naga Hills, Woodthorpe undertook survey work in upland areas to the east of Bengal, to the north of Assam, and in northern Burma. He also accompanied British military columns into India’s north-west frontier during the Second Anglo-Afghan War (1878–1880) and during an expedition north of Kashmir in the mid-1880s. In the course of these surveys, Woodthorpe kept diaries and prolifically sketched landscapes and people. He became renowned as an expert on India’s frontiers, giving talks on his travels to prestigious London-based learned institutions, including the Royal Geographical Society and the Anthropological Institute of Great Britain and Ireland. In the final decade of his life, Woodthorpe rose to senior positions in British India’s knowledge-gathering establishment, eventually becoming second-in-command of the Survey of India.

The Naga Hills to the south of the Assam Valley was the region that Woodthorpe depicted most intensively. His survey work there took place in the mid-1870s, when the British colonial state sought to expand its control over a previously ungoverned and little-known area of narrow valleys and jagged mountain ridges. Colonial stereotypes of the numerous fragmented communities known as ‘Nagas’ that inhabited the region were already in circulation before Woodthorpe’s time. These pejorative representations emphasised the exotic appearance and violent tendencies of the people. Many of the images, written descriptions, and objects in the Woodthorpe collection built on and further embedded these reductive assumptions of ‘tribal’ culture. However, Woodthorpe’s materials were also the products of more intensive and sustained encounters between British colonial personnel and Naga individuals and groups than had taken place previously. The items of clothing, sketches, writings, and photographs displayed in this case reflect the complexities of these encounters, in which intimacy and violence intermingled, impacting both coloniser and colonised.

‘Naga arms’ (handwritten caption). An assortment of Naga objects, comprising mainly different types of weapon (including spears and daos), arranged as a display to be photographed outside, in front of a hanging textile. Photographer unknown. Naga Hills District of Assam (now in Nagaland), India. 1873–1874. (Copyright Pitt Rivers Museum, University of Oxford. Accession Number: 1914.5.3.28)

Page from one of Robert Gosset Woodthorpe’s diaries, titled ‘Naga Hills, 1876’, which contains drawings by him in the margin: ‘The clothes are generally plain white - a few blue & shepherd[’s] plaid have found their way in from the plains or neighbouring villages. Men in these villages tattoo on the chest after taking a head. A new form of tattoo is shewn in the margin’. (Copyright Pitt Rivers Museum, University of Oxford. Woodthorpe Papers, Item 2: ‘Naga Hills, 1876’, p.32.)

‘Submission of Naga Chiefs’ (handwritten caption or title). This original painting, from which various copies derive, shows at its centre Captain John Butler, the British administrator in charge of the Naga Hills District, while also portrayed (standing beside the camera) are Dr Robert Brown, the Political Agent in Manipur, and the artist himself, holding a sketchpad. (Copyright Pitt Rivers Museum, University of Oxford. Accession Number: 1910.45.19)

‘Lhota Naga Village and Golgotha’ (published caption). Page of the author’s drawings reproduced in an article by R. G. Woodthorpe, ‘Notes on the Wild Tribes Inhabiting the So-Called Naga Hills, on Our North-East Frontier of India’ (part 2), The Journal of the Anthropological Institute of Great Britain and Ireland, 11 (1882), plate 18, figures 1 and 2. 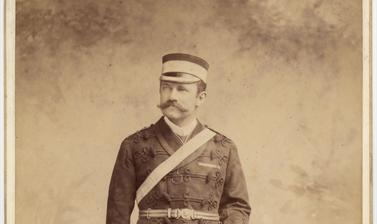 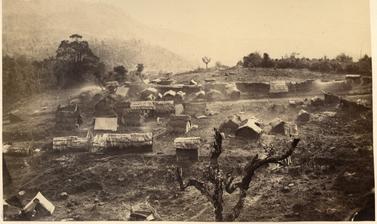 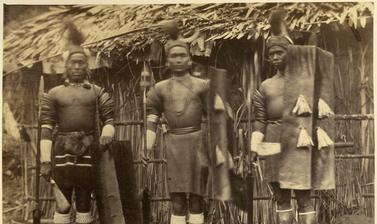 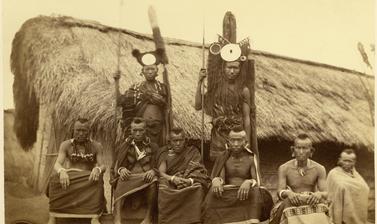 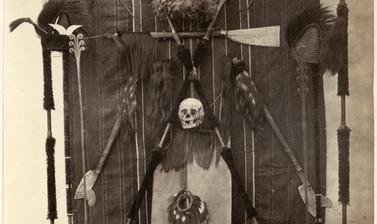 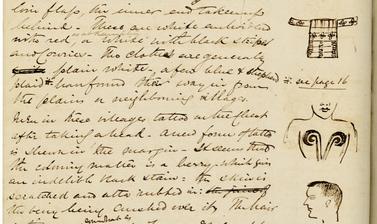 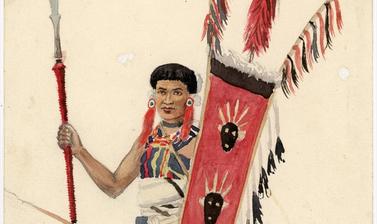 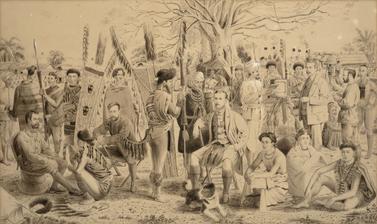 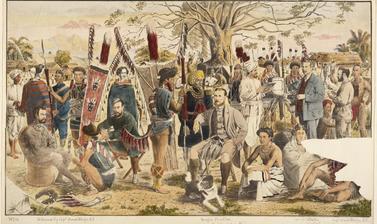 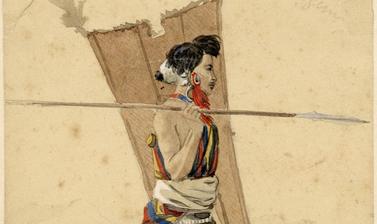 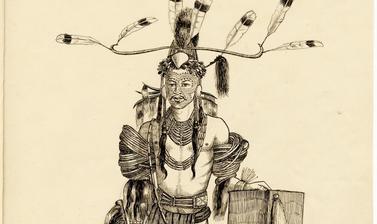 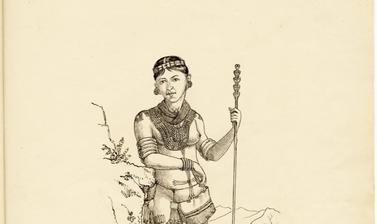 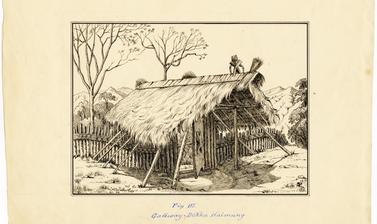 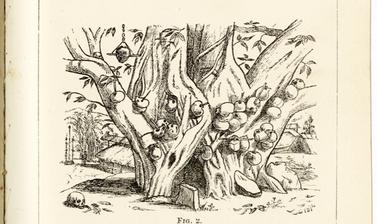 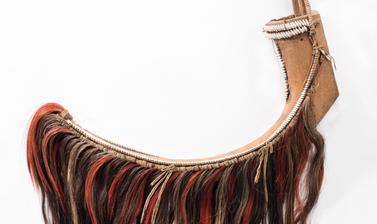 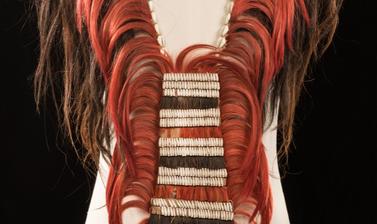 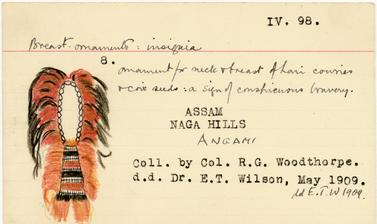 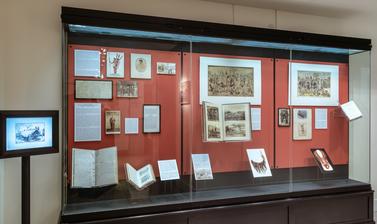 You can read an article by co-curator Thomas Simpson on the exhibition’s central themes online here (Blogger/Pitt Rivers Museum Photograph and Manuscript Collections).