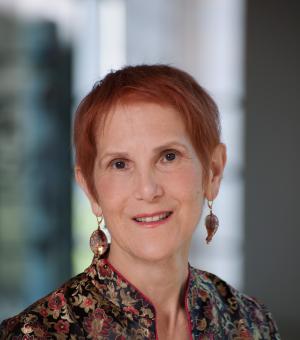 A scholar of popular religion and its material manifestations in East and Southeast Asia, Dr. Kendall began her long acquaintance with South Korean life in 1970 as a U.S. Peace Corps Volunteer, when a chance encounter with female shamans led her to subsequent anthropological fieldwork. Her Shamans, Nostalgias, and the IMF: South Korean Popular Religion in Motion (University of Hawaii Press, 2009) offers a 30-year perspective on people described in Shamans, Housewives, and other Restless Spirits: Women in Korean Ritual Life (1985) and The Life and Hard Times of a Korean Shaman (1988). In 2010, Korean colleagues awarded Shamans, Nostalgias, and the IMF the first Yim Suk Jay Prize recognizing a work of anthropology about Korea by a non-Korean.  In 2007 the International Society for Shamanic research gave Dr. Kendall a lifetime achievement award.

Dr. Kendall’s recent work concerns the production and consumption of sacred objects in contemporary market economies, with fieldwork in South Korea, Vietnam, Myanmar, and Bali. A special edition of Asian Ethnology (Volume 63-2, 2008) on this subject, guest-edited by Kendall, brings together the work of a joint research project with the Vietnam Museum of Ethnology. Kendall has also written on gender, tradition and modernity, most notably in Getting Married in Korea (1996) and as the editor of Under Construction: The Gendering of Modernity, Class, and Consumption in the Republic of Korea (2002) and Consuming Korean Tradition in Early and Late Modernity: Commodification, Tourism, and Performance (2011).

At the American Museum of Natural History, Kendall has curated several exhibitions, including Mythic Creatures: Dragons, Unicorns, and Mermaids (2007) and Vietnam: Journeys of Body, Mind, and Spirit (2003), a unique collaboration with the Vietnam Museum of Ethnology that earned Kendall a Friendship Medal from the Government of Vietnam. Her most recent book, God Pictures in Korean Contexts: The Acquisition and Meaning of Shaman Paintings, is the product of an innovative collaboration with a Korean folklorist (Jongsung Yang) and an art historian (Yul Soo Yoon). Kendall is a former President of the Association for Asian Studies (2016-2017).