The Museum is a member of the Windrush group; celebrating the arrival of the African Caribbean community in Britain on HMT Windrush in 1948.

The Windrush Group includes local heritage organisations, museums, theatre makers, creatives and university partners. The Pitt Rivers Museum team have co-produced programming with these partners to highlight the stories and contributions of the African and African Caribbean community in Oxford.

A Nice Cup of Tea 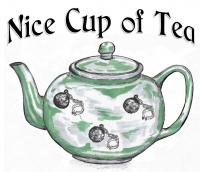 A Nice Cup of Tea aims to connect local communities and schools with the legacy of two significant moments in British History and the interconnectedness of the world. The British Parliamentary Act of 1807 abolishing the transatlantic slave trade on British ships, and the arrival of the ship HMT Empire Windrush at Tilbury Docks in 1948 – the first large scale immigration after the Second World War.

Separated by nearly 150 years, yet linked as powerful symbols of multi-cultural Britain.

A Nice Cup of Tea uses museum collections and the arts to explore, our place in the world, the effects of different cultures on society, how society affects them, and how ordinary people have achieved change.

Over 2018 – 2019 the museum is hosting Tea Tables to invite our audiences to think about whether A Nice Cup of Tea can ever be that nice.

This programme of activities has been created with the Oxford Arts Consultancy, Kuumba Nia Arts, Unlock the Chains Collective, students from the Visual Material Museum Anthropology MA, and Micro-Interns from the Archaeology Department and Ruskin School of Art at the University of Oxford.

The Museum is working with the GLAM Community Partnerships team to support the Community Ambassadors Scheme (funded by Oxford University Equality and Diversity Unit). Each Community Ambassador is an advocate for their local communities and this scheme recognises the equity of their expertise and networks, addressing the imbalance between paid staff and unpaid community advisors, and begins the democratisation of organisational culture.

At the Museum we have worked with five Community Ambassadors.

Our first Community Ambassador, Nuha Abdo, has been an essential member of the Multaka-Oxford project. Nuha was a social worker in Syria and is leader of the Syria Sisters group in Oxford. Nuha advocates for the Syrian community with organisations and research bodies that work with the Syrian community. Nuha was fundamental is the development of Multaka-Oxford and supports people in joining the project, advocating for the project amongst the wider community and other agencies.

In July 2018, we worked with Pat Green, community activist and chair of BK.LUWO Women’s group, and Junie James, joint founder of the African Caribbean Kultural Heritage Initiative to co-produce the Generation Windrush launch event. This launch event was the start of a year-long commemoration across Oxfordshire that recognise the cultural, social, and workplace contributions of the local African Caribbean community to all of our communities.

In October 2018, we worked with Taiwo Oyebola, Oxford University Student and president of the Oxford African and Caribbean Society at Oxford University in 2017/8, and theatre-maker Amantha Edmead of Kuumba Nia Arts to co-produce the family programming for Beyond Black History Month. This is part of a wider programme of events across Oxford City during 2018/2019 which will take place in local community venues and institutions, including East Oxford Community Centre, Oxford University History Faculty, the Ashmolean Museum, Museum of Oxford, and with local schools. To keep up with the events scheduled visit: https://ackhi.org 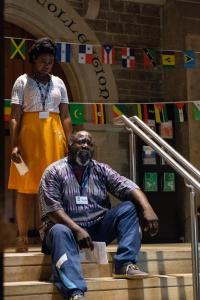 The Pitt Rivers Museum hosted the Windrush Years – The Next Generation event to celebrate the 70th Anniversary of the HMT Empire Windrush landing at Tilbury Docks with the first arrivals from the West Indies answering the call of the United Kingdom for workforce support after the Second World War.

This event launched a year of county wide activities focused on this nationally important arrival. It was co-produced with Junie James, joint founder of the African Caribbean Kultural Heritage Initiative, and Pat Green, community activist and chair of BK.LUWO Women’s group who were the event programmers.

The Windrush Years – The Next Generation Launch event included performances by students from Oxford Spires, Unlock the Chains Collective, and Ark T Choir, as well as speeches by Gino, Secretary of the African Caribbean Kultural Heritage Initiative, Lord Mayor of Oxford, Colin Crook, and the Director of the Museum, Laura Van Broekhoven.

The event was featured in the BBC South regional news as a live broadcast from the museum and on local radio stations and reported by Local Cowley Newspaper. 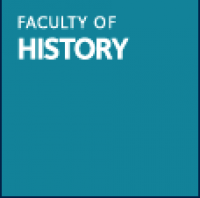