This case display presents a selection of historic images – including photographs, drawings and published material – which relate to the Haida totem pole now in the Pitt Rivers Museum’s collections, plus several original documents concerning its acquisition and installation in the Museum in 1901. The totem pole, or frontal post, itself comes from the Haida village of Masset, on Haida Gwaii (formerly Queen Charlotte Islands), in British Columbia, Canada. Early photographs of Masset show the pole situated in front of Chief Anetlas’ Star House, where it had been raised at a potlatch to celebrate the adoption of a daughter; the carved motifs, such as the striking raven’s head, denote ancestral beings and stories related to the chief’s lineage and, more especially, that of his wife, a member of the Haida’s Raven moiety. The totem pole, which can today be seen in the Court of the Museum, was purchased for the University of Oxford by Edward Burnett Tylor, Keeper of the University Museum and the first Professor of Anthropology. Tylor, who hoped to acquire an example of this kind for the institution, drew on his extensive network of correspondents to secure his goal, which took several years to achieve. Letters from an employee of the Hudson’s Bay Company, Robert Hanley Hall, attest to his achieving a price of $36 for the cedar pole, which was taken down and shipped to England on completion of the sale.

At the centre of the display is a sequence of images whose relationship has only recently been understood, and which is shown here for the first time. Following the installation of the forty-foot pole in the autumn of 1901, Tylor published a short article on the subject in the scholarly journal Man, titled ‘Note on the Haida Totem-Post lately erected in the Pitt Rivers Museum at Oxford’. Wishing for a colour plate to accompany his words, Tylor engaged his assistant Alfred Robinson, a skilled draughtsman and photographer, to make a drawing of the pole for publication. A close examination of Robinson’s original drawing, which for many years was on display in the Museum, reveals that he based his depiction on a photograph, being a view of Masset taken two decades earlier by Bertram Buxton, with colour added from life after the pole’s arrival in Oxford. After several times photographing and reworking his glass plates for publication, Robinson’s illustration was reproduced at the front of Tylor’s article, and printed opposite Buxton’s original image, thereby reflecting the pole in its current state and as it would have once been seen. Less than a decade later, however, Robinson’s depiction had itself been copied – and its context entirely altered – by the illustrator Louis Fairfax Muckley, whose work would be reproduced several times over in popular encyclopedias of the day. From photograph of the totem pole in situ to an imagined view of a Haida village, this sequence of images is a good example of how knowledge was constructed – and also how it could be changed – in the early part of the last century.

Alfred Robinson’s watercolour reproduced in E. B. Tylor’s article in the journal Man, ‘Note on the Haida Totem-Post lately erected in the Pitt Rivers Museum at Oxford’ (1902).

Letter from Robert Hanley Hall to Edward Burnett Tylor, 15 November 1900: ‘I duly received your letter of the 24th July, and now write to say that I have at last shipped your Totem Pole.’ (Copyright Pitt Rivers Museum, University of Oxford. Tylor Papers, Box 12, Item 22 (H4).) 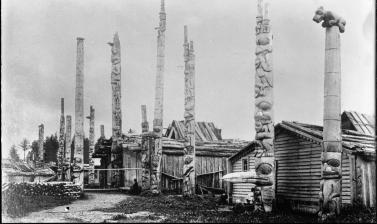 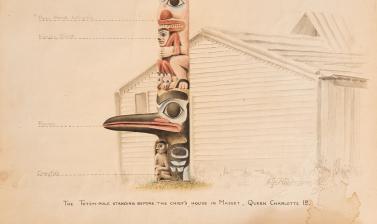 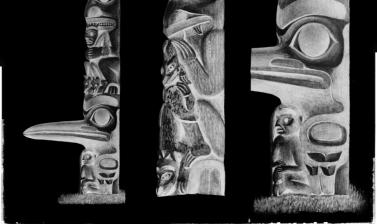 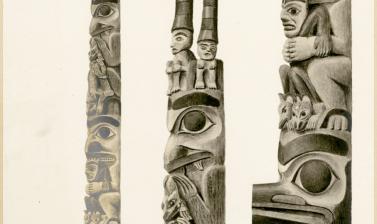 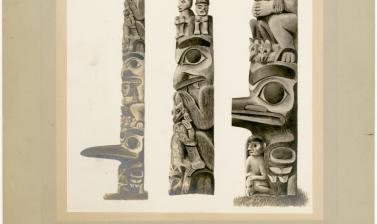 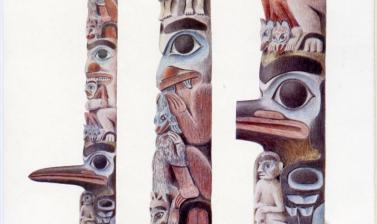 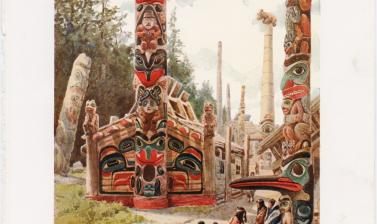 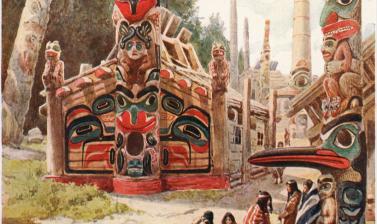 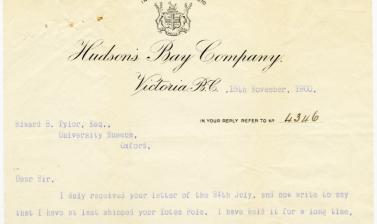 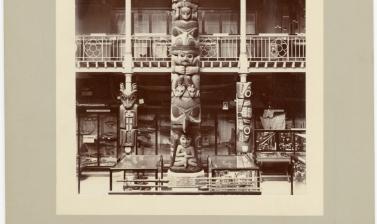 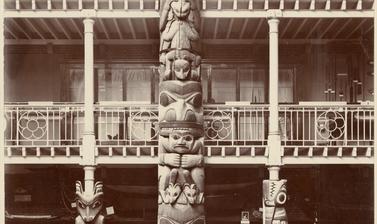 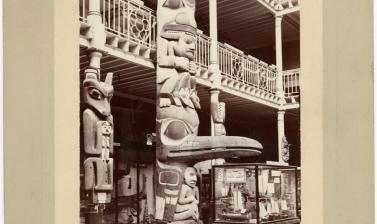 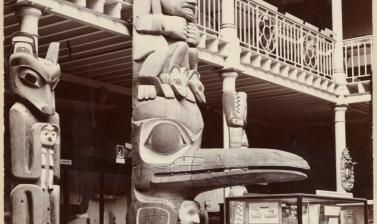 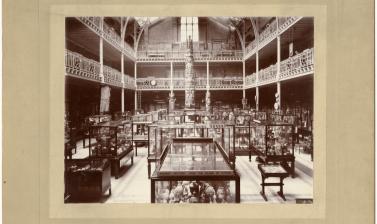 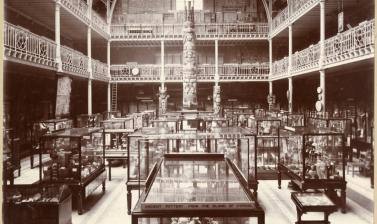 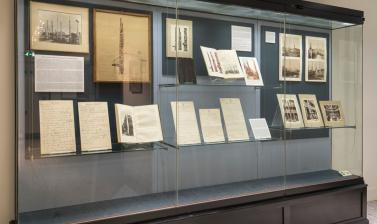 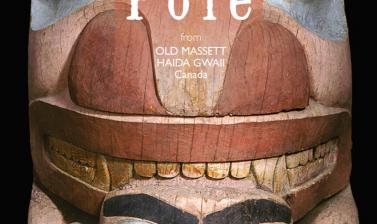