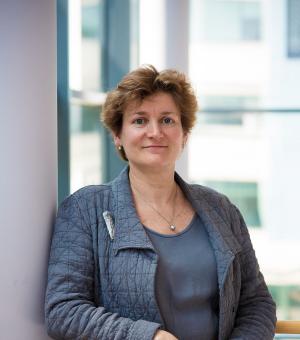 Sarah Whatmore is an elected Fellow of the British Academy, the Academy of Social Sciences and the Royal Geographical Society (with the Institute of British Geographers). She has served on the Council of the Royal Geographical Society/IBG (RGS/IBG) (2004–7) and was Vice-President (2014–6). She is an appointed member of the Defra Science Advisory Council (SAC) (2015–20) and chairs the Council's Social Science Expert Group. Since joining Oxford to take up a Statutory Chair in Environment and Public Policy in 2004, Professor Whatmore has served as the University's Academic Champion for Public Engagement with Research (2015), Pro-Vice-Chancellor for Education (2016–17), and latterly the Head of the Social Sciences Division.

Her research focuses on cultures of nature, and interrogates the ways in which human relations with the natural world are imagined and practiced in the conduct of science, governance and everyday life. She has published widely on the theoretical and political implications of these questions and is an acknowledged pioneer in what have become known as 'more-than-human' modes of enquiry, concerned with the material and ecological fabric of social life, and the politics of knowledge through which this fabric is contested and remade historically and today. Of particular interest are those situations and events in which different ecological epistemologies are brought into conflict. This informs a more recent body of work interrogating the relationship between science and democracy, particularly in terms of the nature of evidence in the practices of environmental science and law and the role of expertise in environmental governance, now widely mediated by risk modelling techniques.

See more of the Museum's Board of Visitors